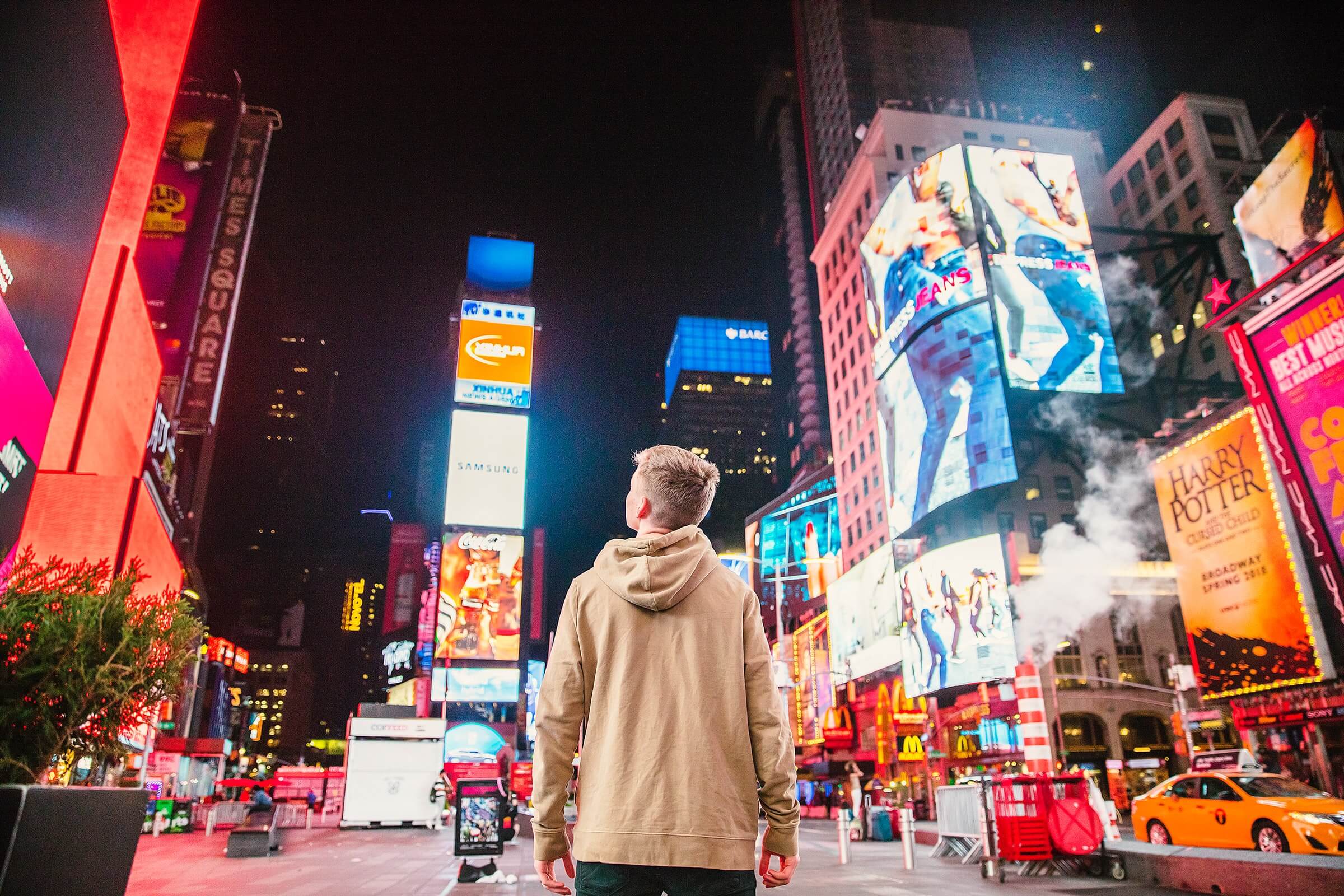 Discover the Iconic Places to Eat in New York

The food hopping options in New York are impressive. Although the most typical establishments to eat in New York are the hamburger joints or the standard American cafeterias, this is not all. The city has restaurants for all tastes and pockets, ranging from casual places with hotdogs, theme restaurants, rooftop eateries, or fine dining destinations. We will tell you some of the most iconic ones that cannot be missed on your next visit to NYC.

If you would love to experience food with 1950s American entertainment, you must go to Broadway for dinner. Ellen's Stardust Diner is not only famous for its incredible food but also for its in-house restaurant karaoke and musical performance by the in-house artists; some of them even strike quite a theatrical live musical performance that you thoroughly enjoy!

Restaurant prices range between $15-$25 per person, but considering the show you're going to experience there, it's absolutely worth it.

Fries and Shakes at the Shake Shack

You cannot leave the US without eating a good hamburger, and this is one of the best places where you can have it.

Shake Shack has a variety of hamburgers, but its famous wavy fries and ice cream milkshake are the best combos. You especially won't want to miss the ritual of dipping these fries in the shakes to stir your taste buds! We also recommend you to try their frozen milkshake as desserts, especially the Frozen Custard, a kind of ice cream but denser and creamier.

When in New York, do as the New Yorkers do, i.e., get obsessed with Pizza!

Okay, if not obsessed, you have to indulge in a heartwarming Pizza slice at Rizzo's.

After trying a few options in the city, we can safely say that Rizzo's Pizza's fame as one of the best in New York is, without a doubt, well deserved. The Yelp ranking and the New York Times reviews were not exaggerated when they included this Manhattan restaurant on their list of must-try food spots. After all, they are true specialists: they have been in business since 1959.

Balthazar and its Eggs Benedict

Another top classic to have in New York is the famous Benedict eggs. Legend has it that a wall street broker brought this breakfast delicacy to life in the 1890s.

Balthazar restaurant is a timeless SoHo brasserie that you cannot and should not miss, especially if you are an eggs benedict fan. Wake up early and begin your morning with a steaming latte and your choice of home basked pasties or eggs at Balthazar. Also, do not forget to add mouth-watering hollandaise sauce to go with it.

We are sure your day will be sorted after such a hearty breakfast!

According to most food enthusiasts and locals, the best steakhouse in New York is Peter Luger. But, there are many restaurants where you can have a good steak for a relatively low price; for instance, on Park Avenue, you will find Wolfgang's Steakhouse. The delicious steaks and the interior design with a vaulted tiled ceiling make the dining time exquisite.

And here is an interesting fact about it: Wolfgang Zwiener, a former Peter Lugar head waiter, founded this steakhouse which is now located worldwide at over 20 locations.

Are you looking for a theme restaurant in New York?

The city offers plenty of them.

But if you love rock music, go to Hard Rock Café. Originating from London, the New York branch is the largest, with 708 seats. You will find a collection of memorabilia belonging to rock stars associated with the city, such as John Lennon, Nirvana, The Ramones, and many more, making this place exciting for every music lover.

Once or twice a day, HRC staff come together to perform the famous American tunes and invite everyone to join. When it comes to food, do not leave HRC New York without trying one of its typical American desserts, the apple cobbler. You can also book a 2 or 3-course themed meal such as Blue Grass, Hip Hop, or Rhythm and Blues. Also, for children, they serve Lil' Rocker.

In a city of cuisines loaded with meat variety, if there is one chef who can guide you to the world of vegetarian food, it is Amanda Cohen.

Her Dirty Candy is clever but not extravagant, different but not complicated. Despite having a monochromatic appearance, this 60-seat restaurant had taken herbivorous cooking out of the niche market. It had become the champion of the genre in New York, even before the vegetarian option was a trend.

This is where you will find the chefs mixing onion into a chocolate tart or serving carrot-flecked waffles piled with pulled, pickled, and jerked carrots.

Quite an adventure for vegan food buffs, we must say!

Nathan's - A Classic from NYC

Nathan's, in particular, is a classic, and it is the ideal place to have hot dogs. Its original venue is the one on Coney Island, and people go there to have a nice ride while devouring a hot dog.

If, for whatever reason, you do not have time to go to Coney Island, don't worry, you can indeed find one of the many street stalls throughout the city, and you will indeed find one.

When Masa Takayama, the world-famous sushi chef, arrived in New York, he offered what is perhaps the most expensive dinner in the history of this city. Takayama meticulously prepares each bite of sushi to perfection in a piece that almost melts in your mouth. For serious foodies, this experience is priceless for sushi lovers!

Atomix - the Gift of Food

What is so special here?

The front door of this luxury Korean restaurant is hidden in the lobby of an apartment building next to the NoMad neighborhood.

Once seated at the 14-seat U-shaped bar, you will be presented with the 10-course tasting menu. Each dish is a new chapter in this gastronomic narrative, with the details of each preparation and its history printed on a card.

The menu - which includes fried king prawns, braised and grilled turbot, and seared rice pudding - becomes a fantasy meal for your taste buds. Here 'Ato' means gift in Korean, and this restaurant is for visitors.

Narrowing down the list of the best restaurants in New York is like putting a quart into a pint pot. The city offers a vast inventory of world-class restaurants, from longtime favorites to hot spots that lure food enthusiasts from all corners of the world.

We also know this list is subjective, and NYC's dining scene is vast and constantly changing. If you have a favorite, let us know in the comments below!

10 Things You Must Do to Start a Men's Lifestyle Brand

The Booming men's lifestyle: What does it mean for your business?
Life Style

The Booming men's lifestyle: What does it mean for your business?